I brought a horse ball in for our 'touch' game.

This is a game where I bring in something new, something potentially scary, and ask the horses to touch it. If they do, they get praises, scratches or a cookie, and the realization that it doesn't hurt them. I also use this as a way to teach them how to approach new scary objects, by making it a game. 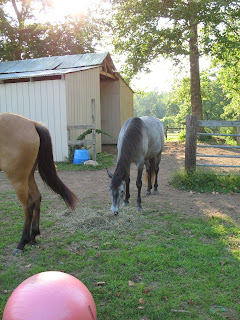 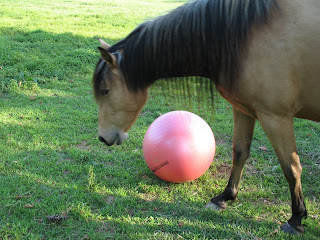 Roheryn walked right up and nudged it. 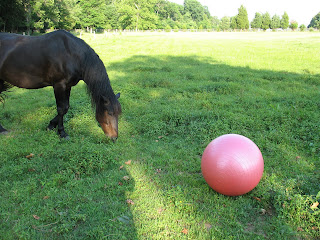 Symphony looked, and when I asked her to touch did come up and put her nose on it. She was not interested in playing with it. 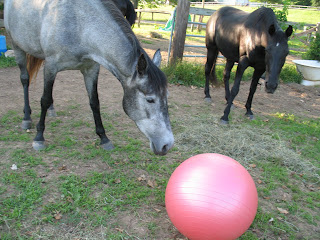 Dixie finally touched it. (with Shadow as backup) 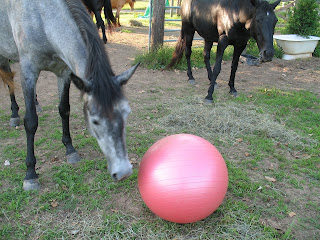 Then she found out it rolled! 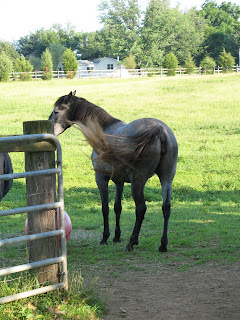 She would nudge it around, but didn't chase it. 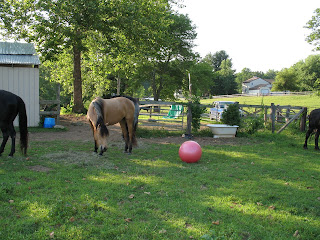 Interesting for a while, but hay is better.
I did get Roheryn and Dixie to both chase it later when I kicked it. They didn't show any interest in biting it and playing rough, like colts I have had in the past.
Posted by Shadow Rider at 11:22 AM